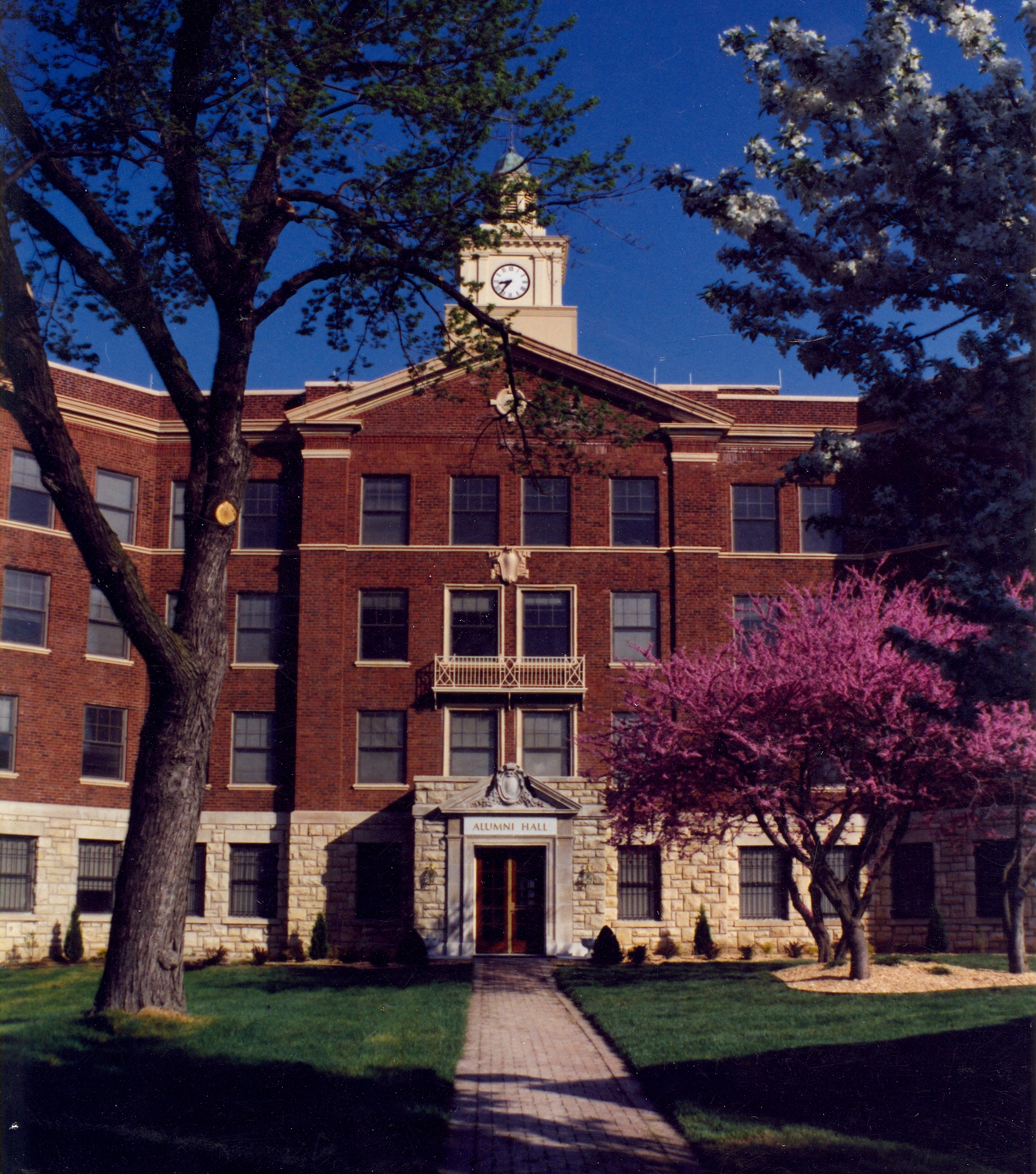 Smith Hall was originally built as a dormitory for the nurses of Children's Mercy Hospital. One of the hospital's co-founders Dr. Katharine Berry Richardson wanted a place where the nurses, who had been living in a wing of the hospital, could have quiet time and a room of their own. The building was completed in 1927 and had rooms for seventy-five nurses. In 1971 it was purchased along with the Children's Mercy Hospital building by the Alumni Association and donated to the university. The building underwent a renovation which included the return to the campus of the clock tower that once stood atop the 1933 Administration Building. The dedication of Alumni Hall took place May 1,1993. In 1999 the building was renamed after Leonard Smith, DO (COM '54). 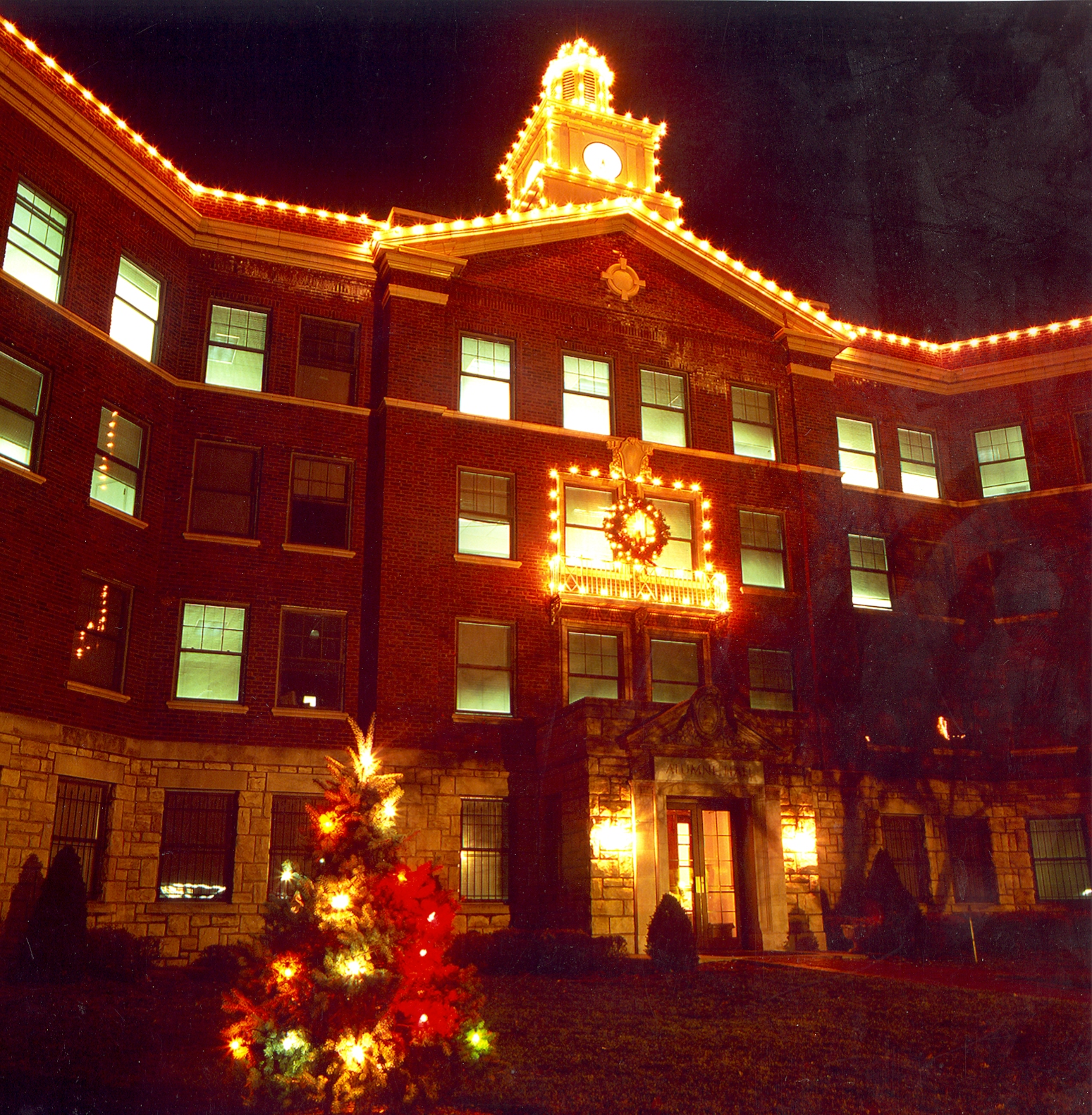 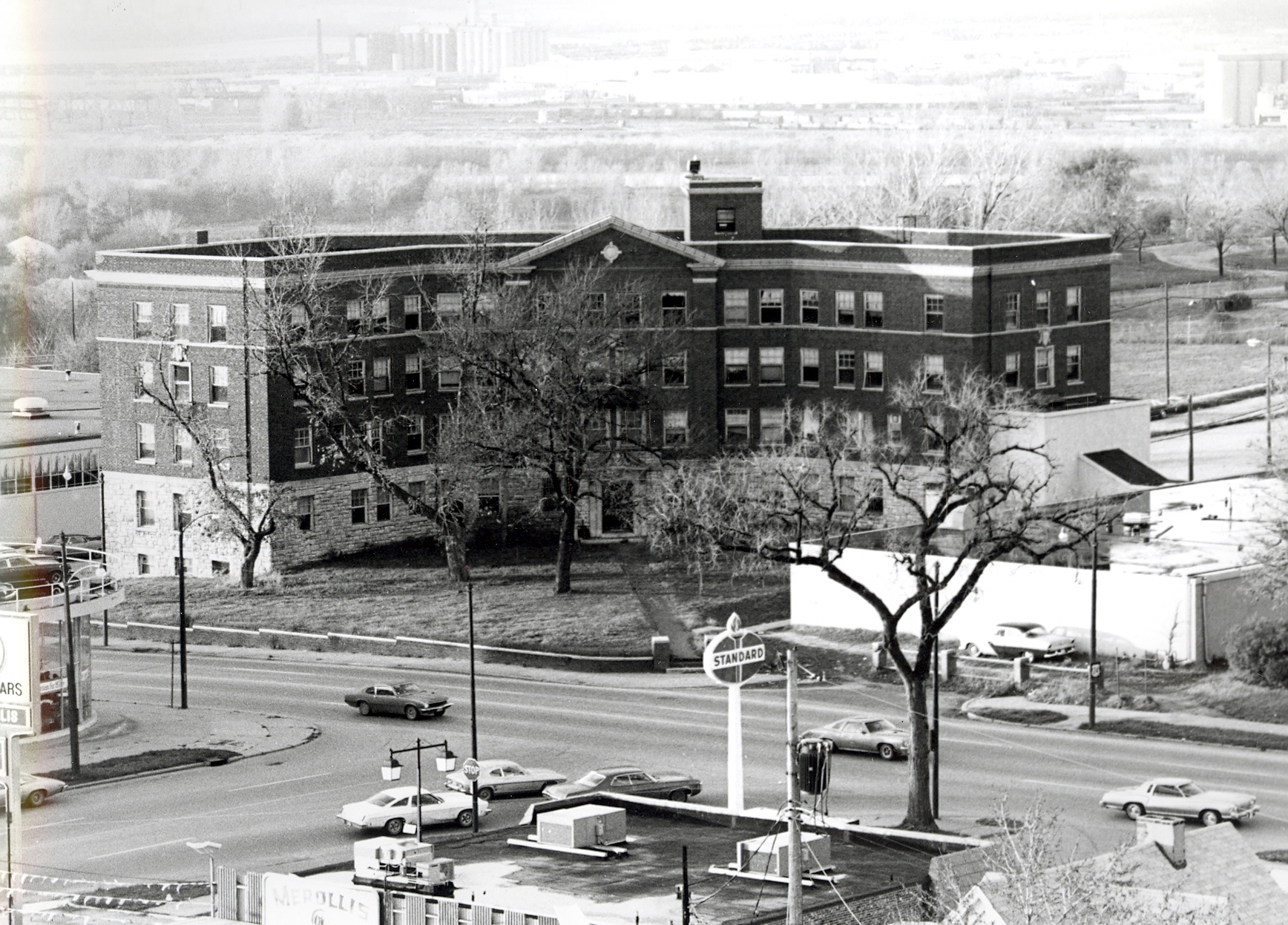 Nurse's Hall was at the corner of Independence Avenue and Highland. At one time Dykington Avenue separated it from the hospital building. The street was later closed. Dr. Katharine Berry Richardson, one of the co-founders of Children's Mercy Hospital spent the last three years of her life in an apartment in Nurse's Hall. Her funeral was held in 1933 on the front lawn under her favorite maple tree with more than a thousand people attending. 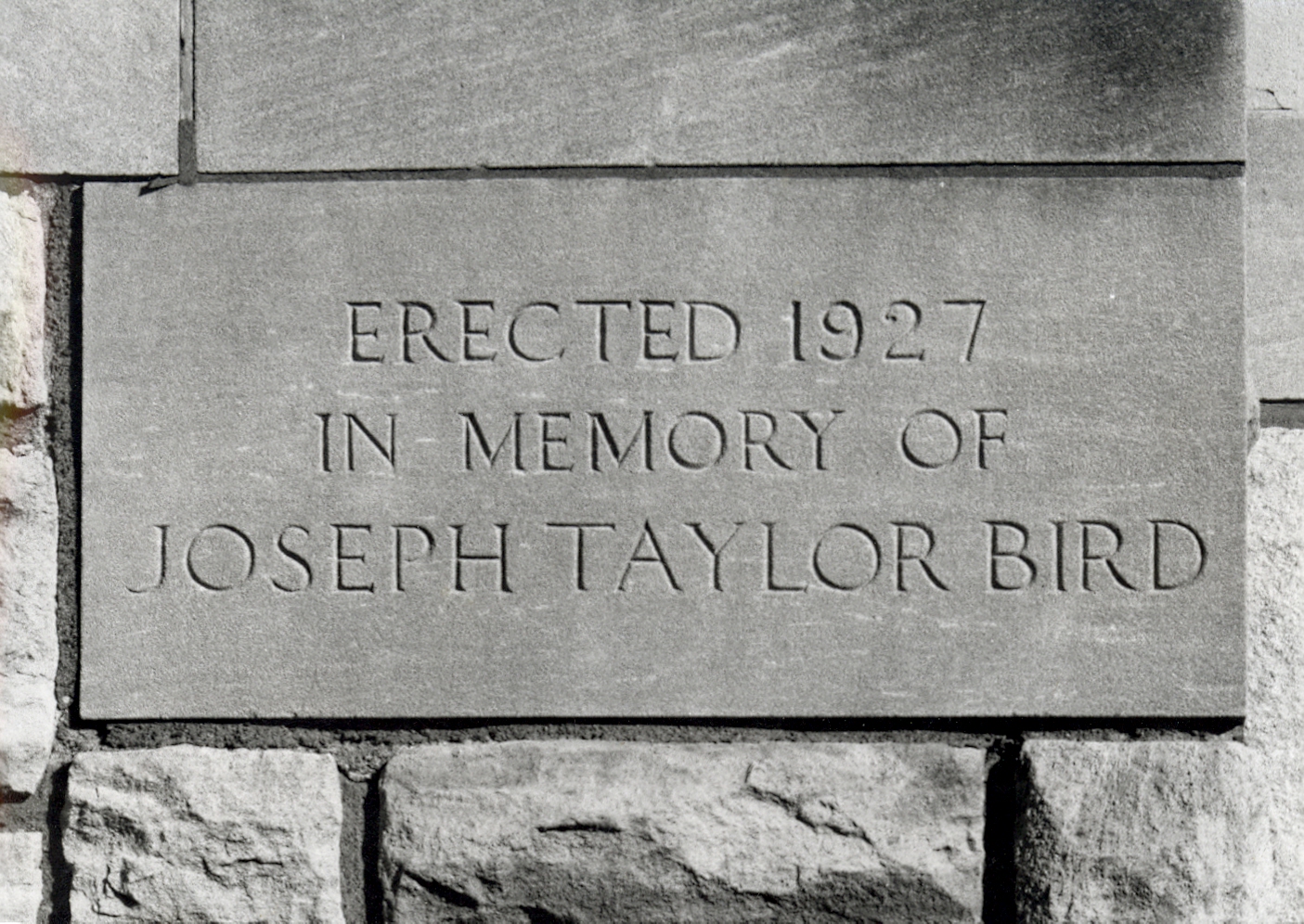 Dr. Richardson would not start a building unless she had the money for it ahead of time. She raised $170,000 in donations in the 1920s. Two of the largest donations came from Mrs. Joseph T. Byrd and her daughter. 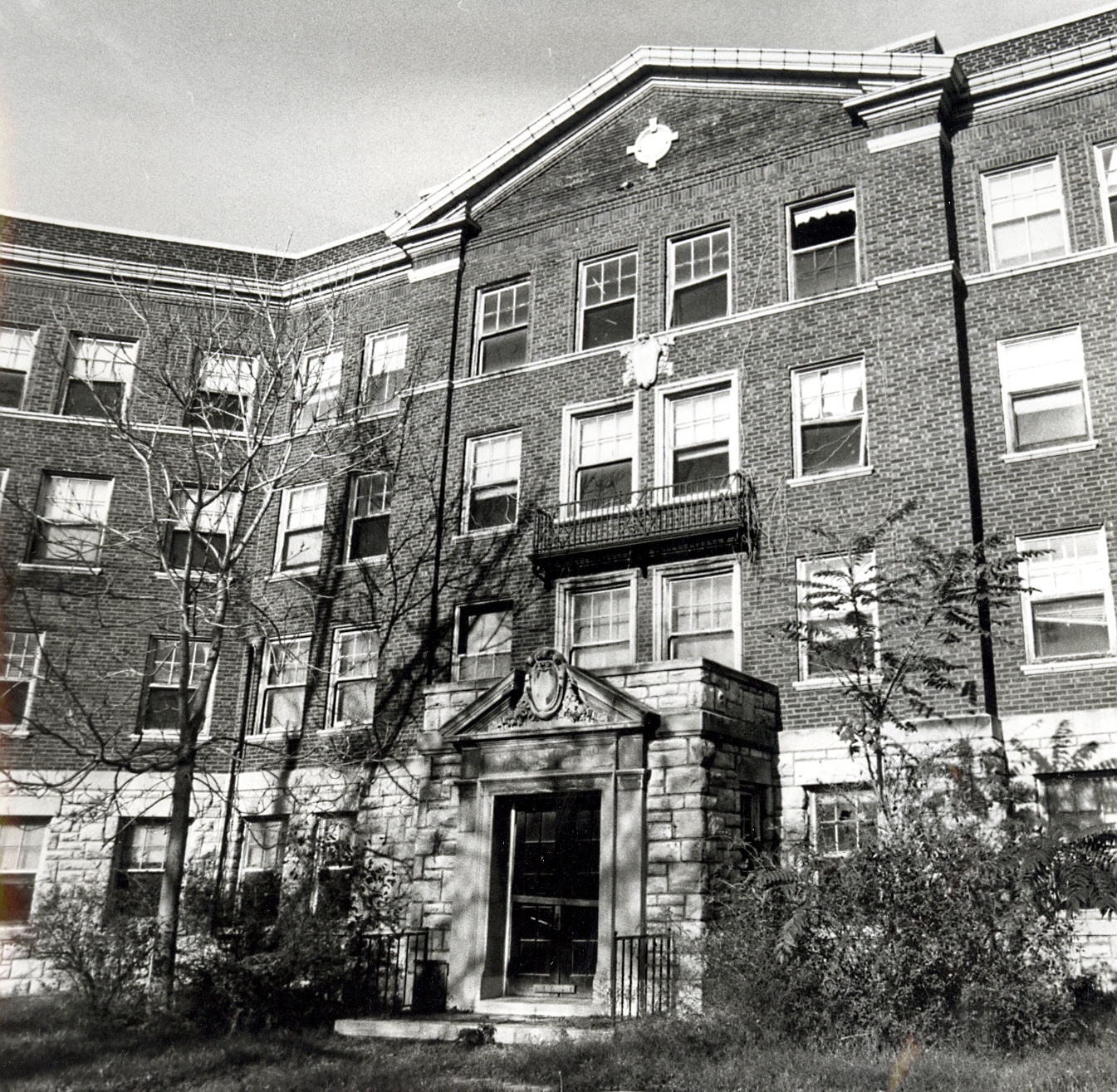