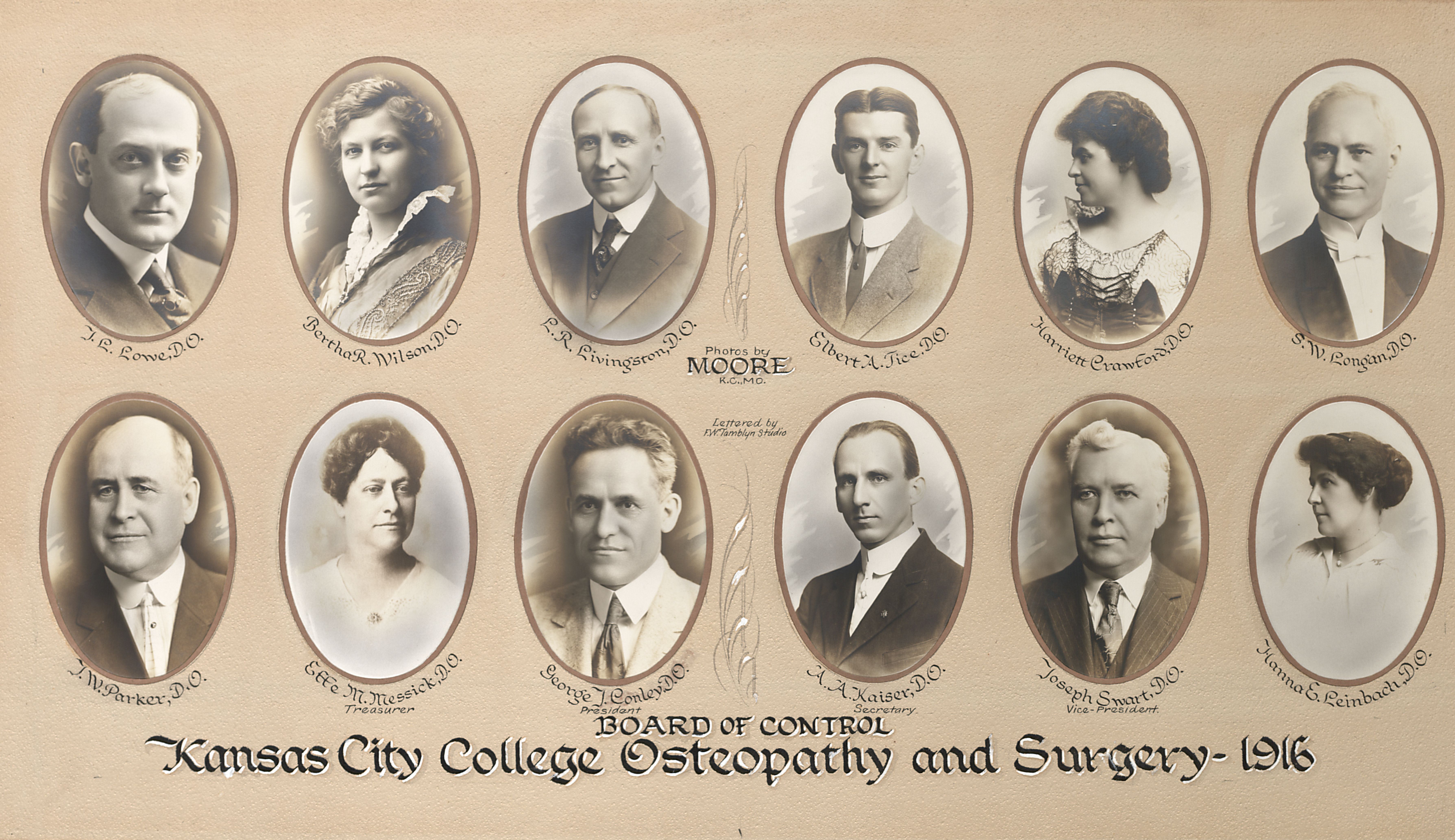 The Kansas City College of Osteopathy and Surgery was incorporated on May 12, 1916. A week later the first Board of twelve osteopathic physicians was elected. On the back row: Drs. James Lowe, Bertha Wilson, L. R. Livingston, Elbert Tice, Harriet Crawford, S.W. Longan. On the front row: Drs. J.W. Parker, Effe M. Messick, George Conley, A.A. Kaiser, Joseph Swart, Hanna Leinbach. Drs. Conley and Kaiser would spend the next three and a half decades with the college. 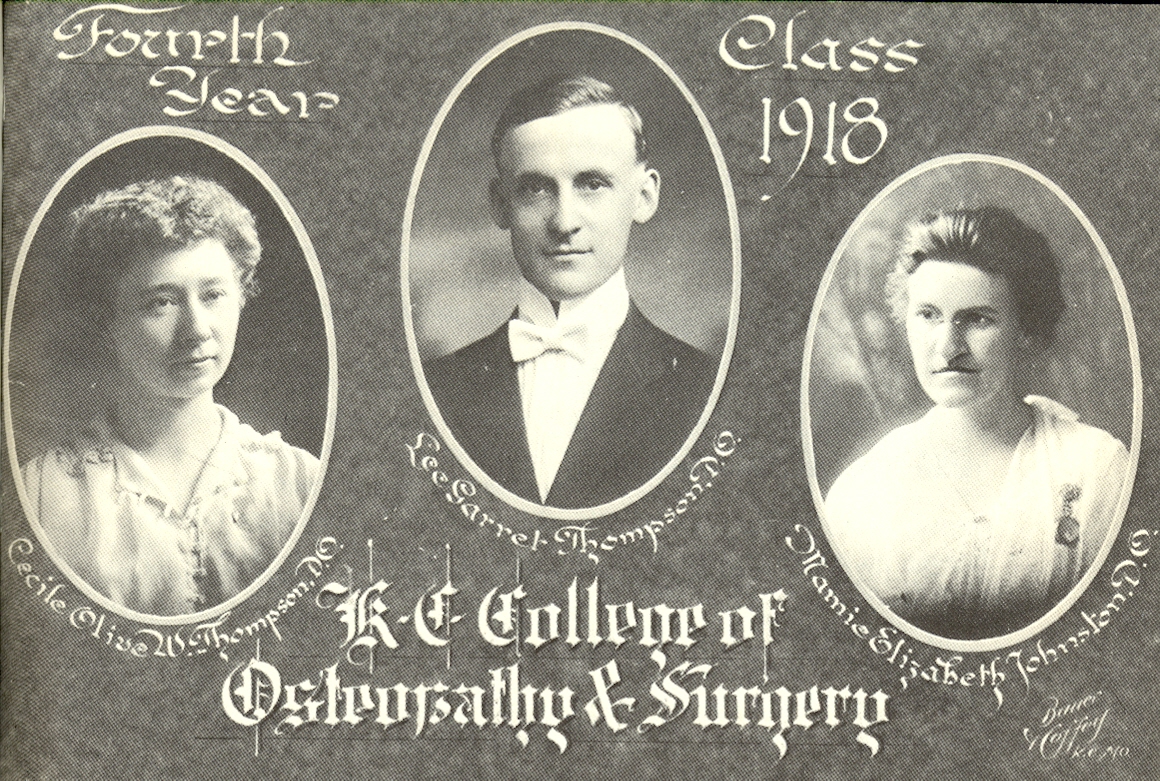 Mamie Johnston, a transfer student was the school's first graduate in 1917. She stayed on when the new four-year curriculum was instituted and graduated again with the class of 1918. Dr. Johnston joined the faculty in 1919 and went on to teach gynecology and pediatrics for 47 years.

George Conley, DO, MD in 1938. Dr. Conley, a surgeon, was one of the founders of the Kansas City College of Osteopathy and Surgery (now KCU) and became its first President in 1916. He put up his own funds to build Lakeside Hospital in 1924 and helped turn the first shovels of dirt at the 1936 groundbreaking of the hospital that would be named for him. He was President of the AOA 1934-35 and was still President of KCCOS at the time of his death in 1950. 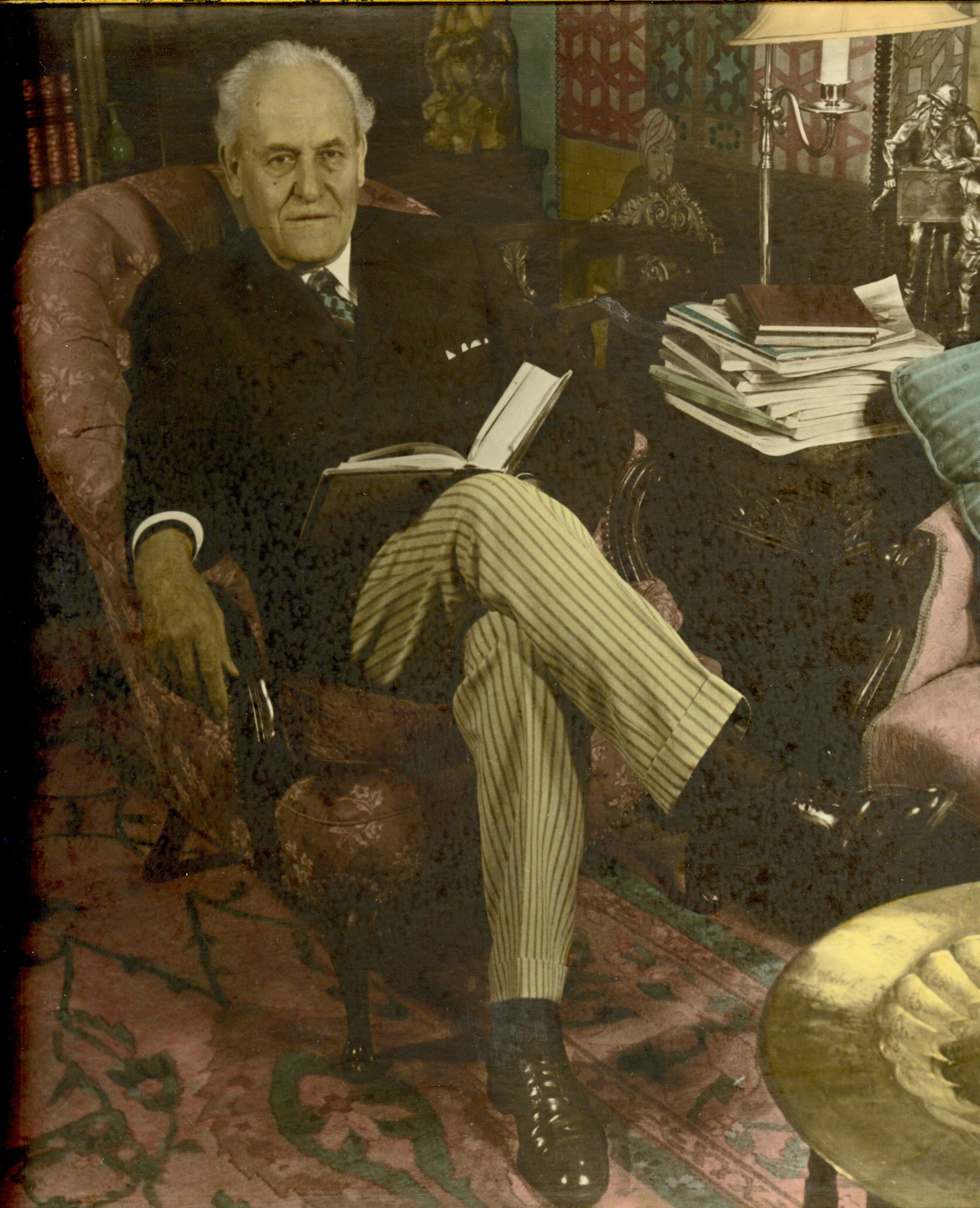 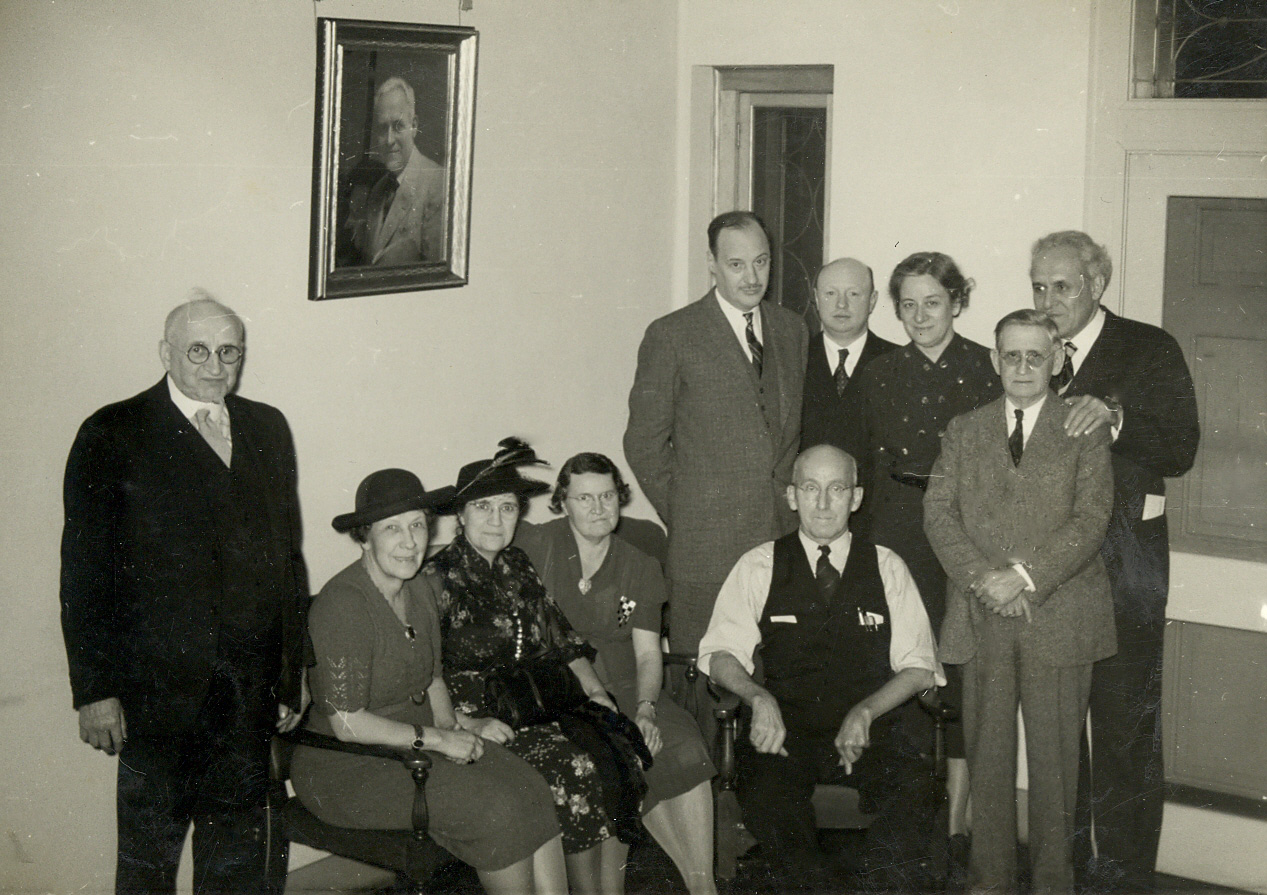 This picture of the 1939 Board of Trustees was taken inside the front door of Conley Hospital. Dr. George Conley is standing at the far right. The seated man is Dr. A. A. Kaiser one of the founders of KCCOS in 1916 and was the Board Secretary until his retirement in the 1940s. Seated to his right is Dr. Mamie Johnston (COM '17 '18)  first graduate of the school and a member of the faculty for 47 years. To her right is Margaret Jones, DO (COM '22) another longtime faculty member. The woman to her right is Hanna Leinbach, DO and the man on the far left is L.R. Livingston, DO, both original Board members from 1916. 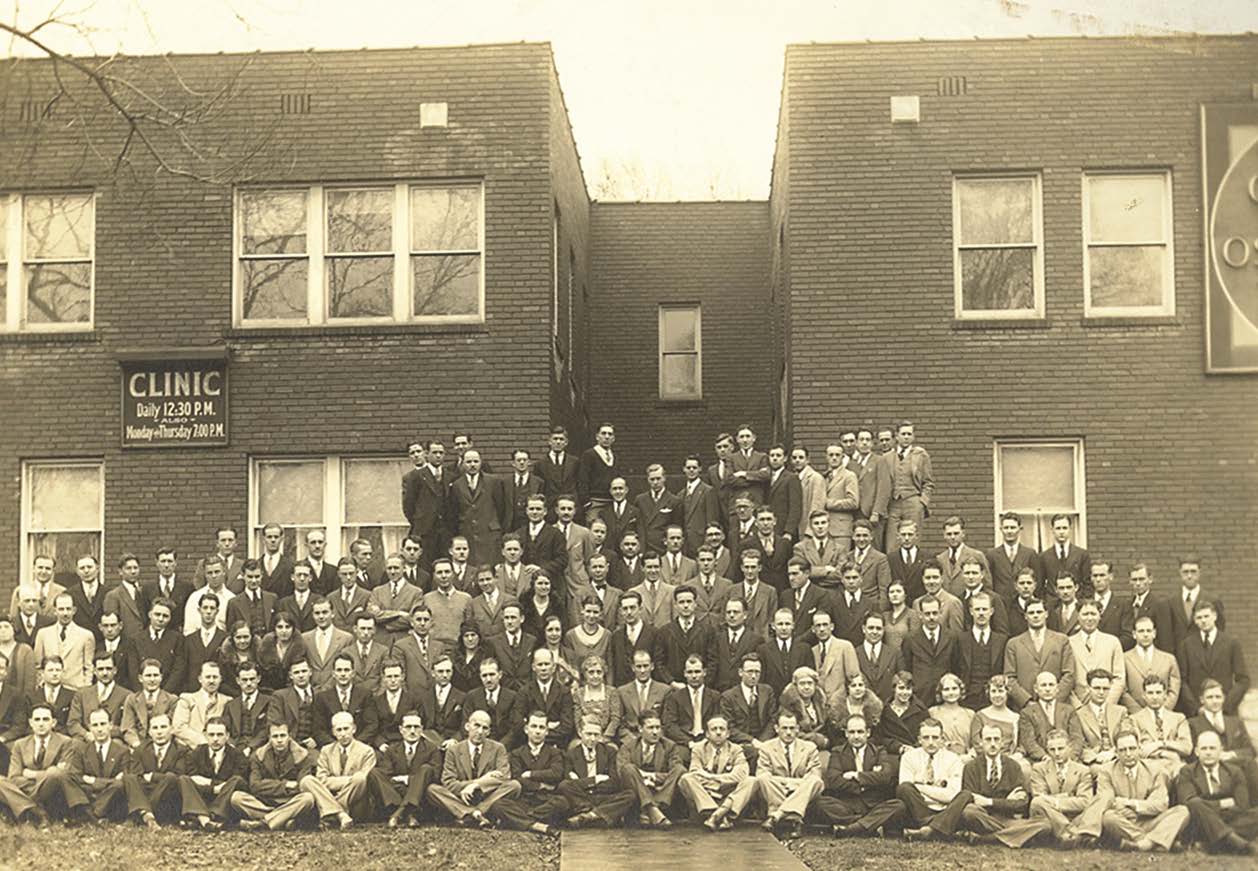 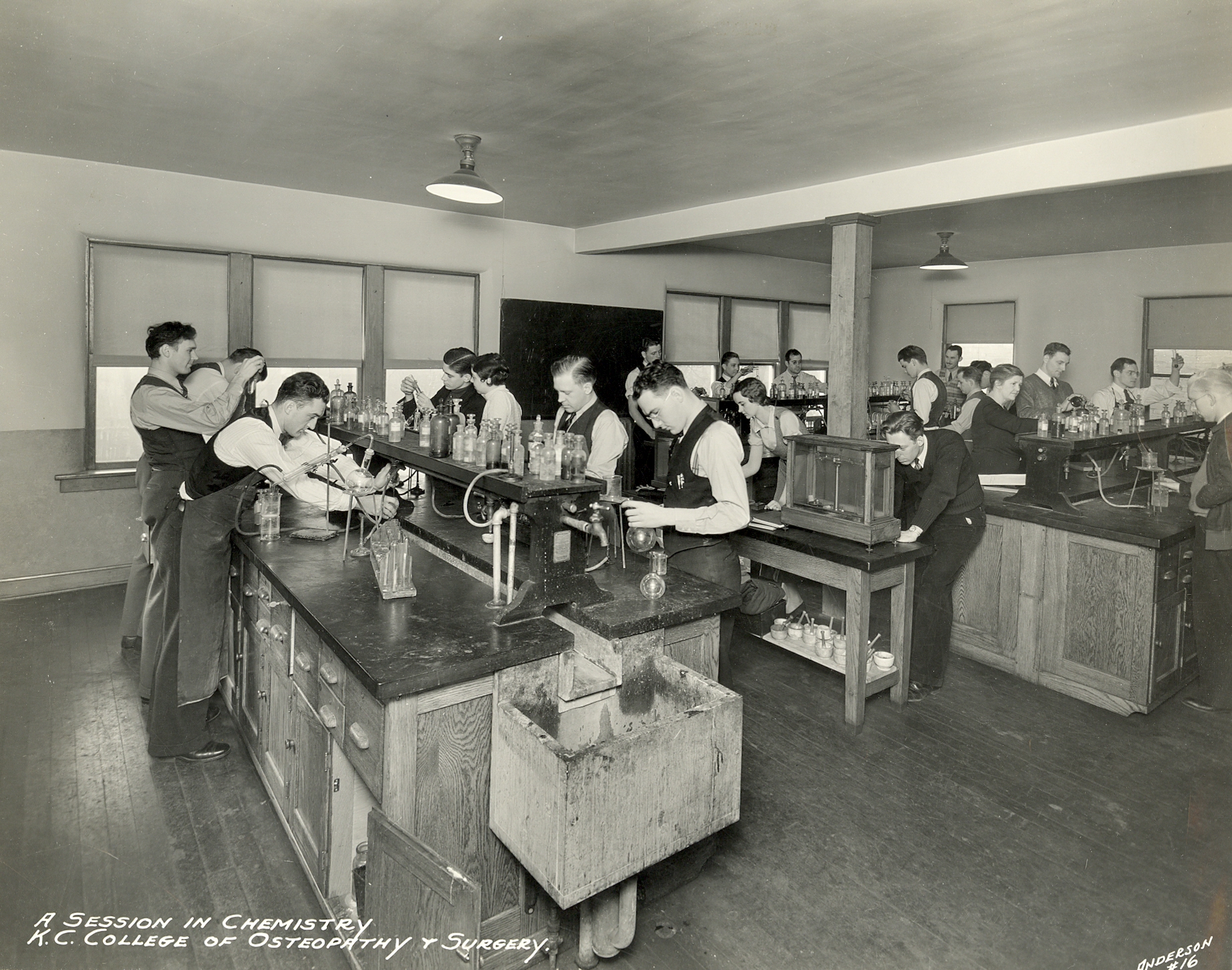 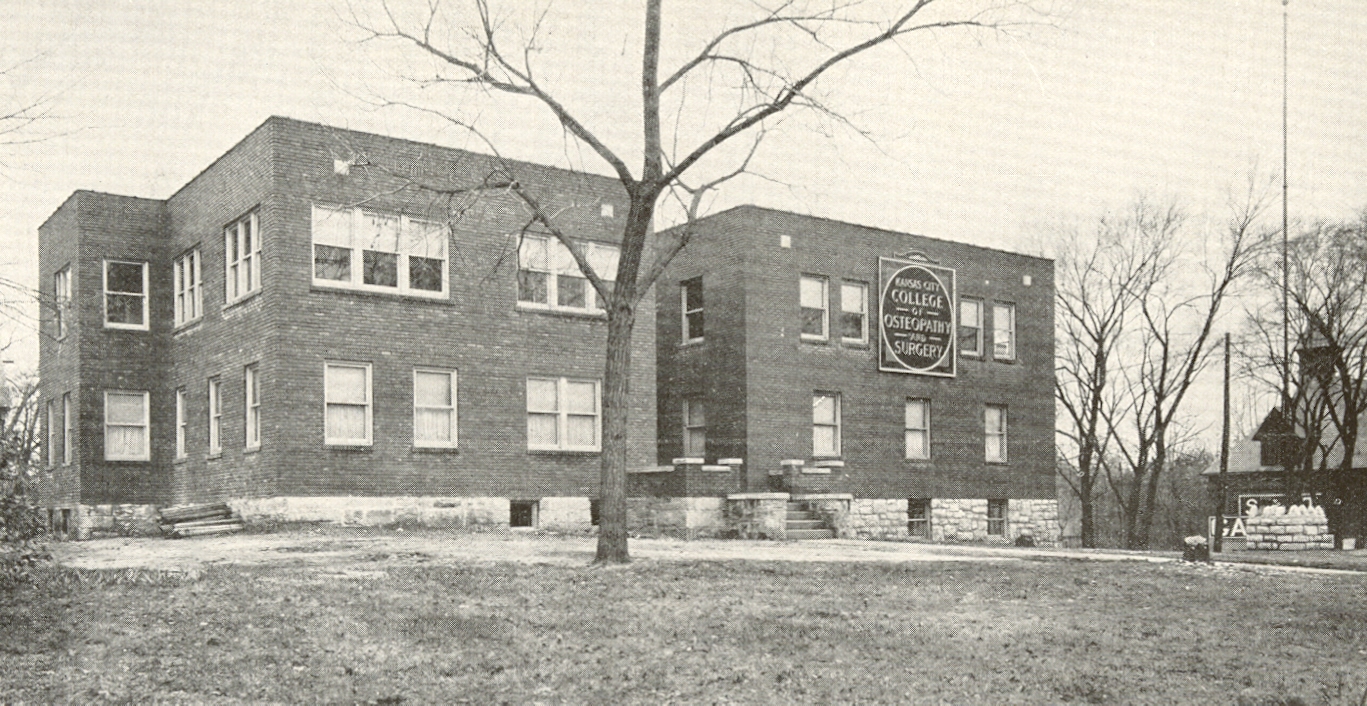 The pictures above took place at this campus at 2105 Independence Avenue that was completed in 1925. A fire on the night of April 2, 1933 destroyed the interior. Classes were held in a vacant hotel building at Admiral Boulevard and the Paseo until a new campus could be built. 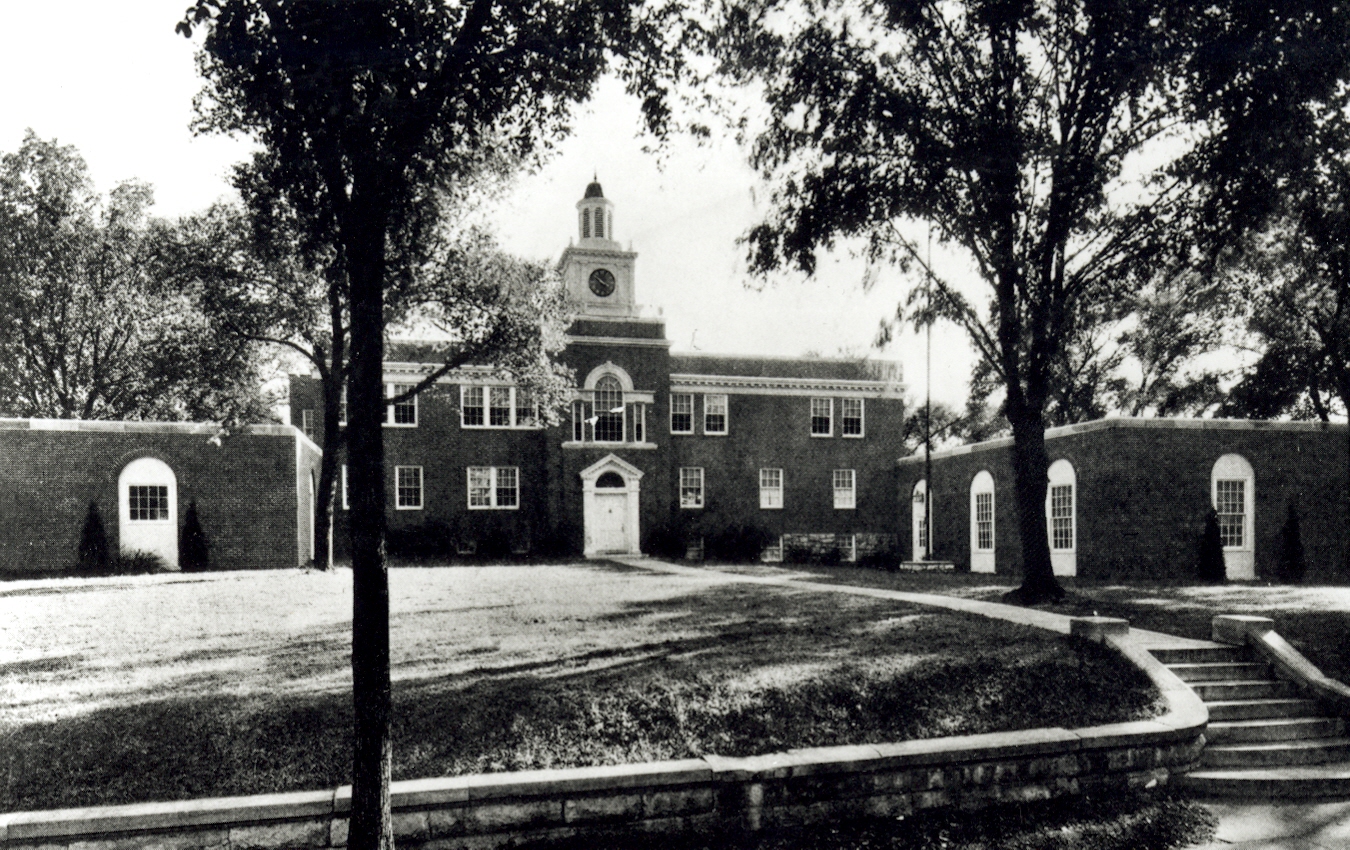 This campus, built after the fire in the spring of 1933 was open for classes the next September. 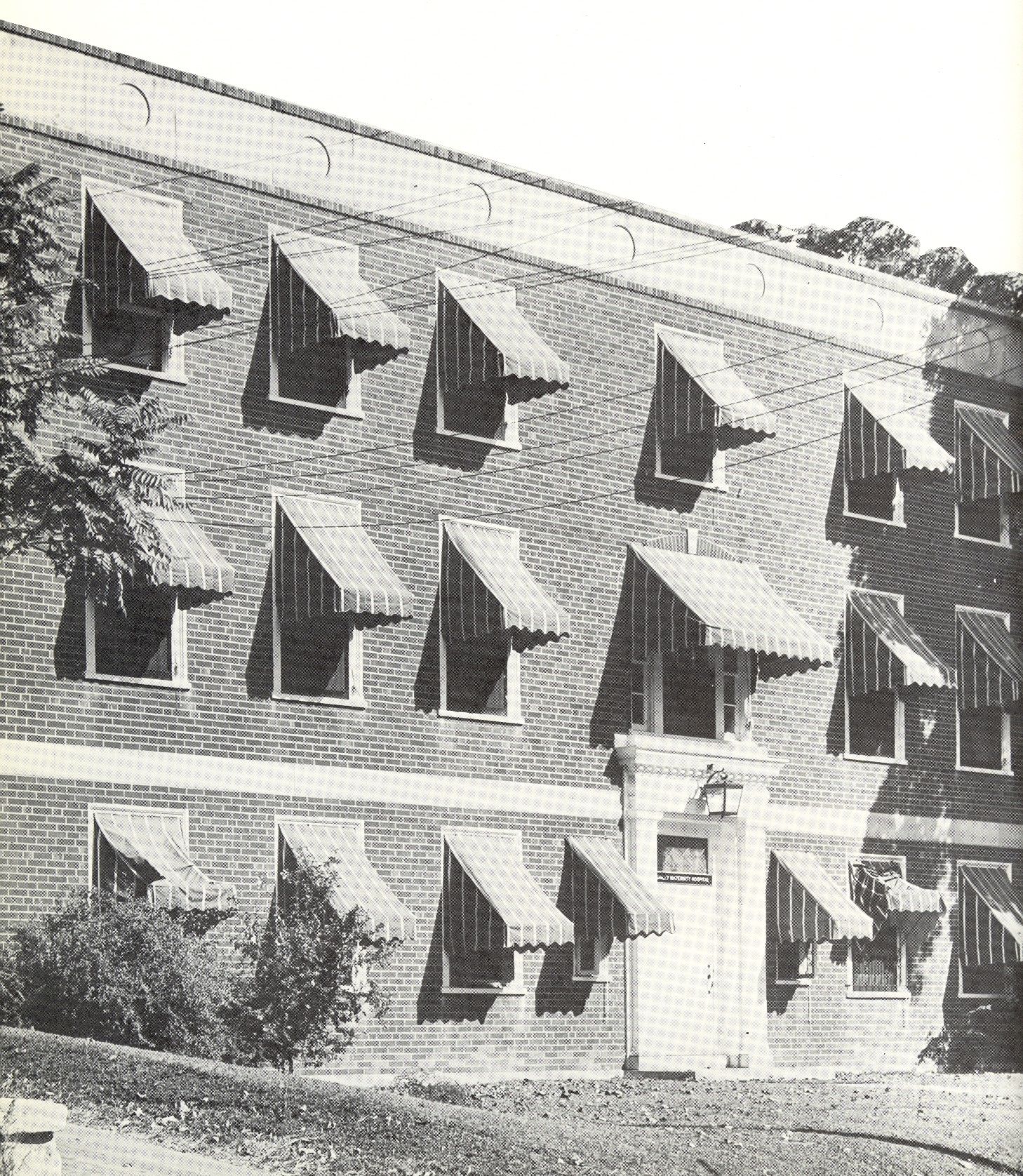 Conley Hospital opened in 1936, the first undergraduate hospital to be built on the campus of an Osteopathic college. In 1944 it was converted to a maternity hospital with the opening of Osteopathic Hospital at 11th and Harrison.